The Reggae Girlz will be hunting history in three separate events in the year 2023. In July and August, they will be competing in the 2023 edition of the FIFA Women’s World Cup. In September 2023, the Reggae Girlz will face Canada in a home and away Olympic Playoff and come October the Girlz will compete for a medal at the Pan American Games in Santiago, Chile.

With this busy slate of matches ahead the Reggae Girlz will need their best players available and firing. It may arguably be the most important year for the Women’s programme in the history of Jamaican football.

It must be noted, at the 2019 edition of the FIFA Women’s World Cup in France, 8 of the 23 girls that were selected were playing college football. For 2023, we can expect more professional players to make up the roster. Over the last 2 years, the Jamaica Football Federation have unearthed a number of gems playing both on the collegiate scene as well as professionally in the US and Europe, some of which are included in our Top 5 Girlz to watch list below: 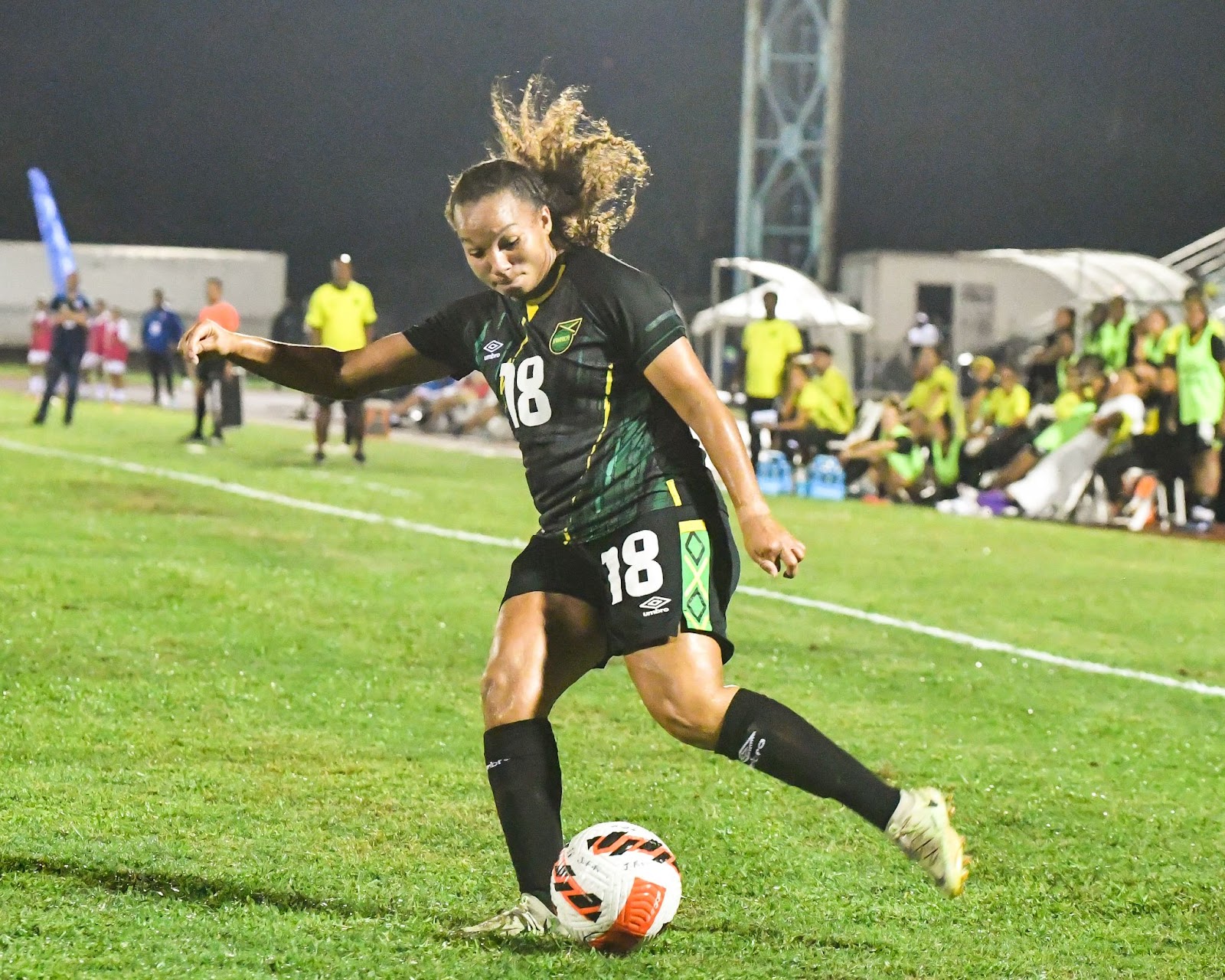 In November, Rachel Jones came out of the collegiate scene and gave team selection headaches to Head Coach Lorne Donaldson.

The University of North Carolina player stamped her authority against Paraguay in November. When she came on for Khadija “Bunny” Shaw in the first game of the double header, the tempo of the game improved as the wide midfielder added some cutting edge to the final third. This was also evident in the second game in Kingston as she helped to win the penalty for Jamaica. There are two more international windows prior to the World Cup and if the 22 year old is able to replicate these displays then she should find herself on the plane to Australia. 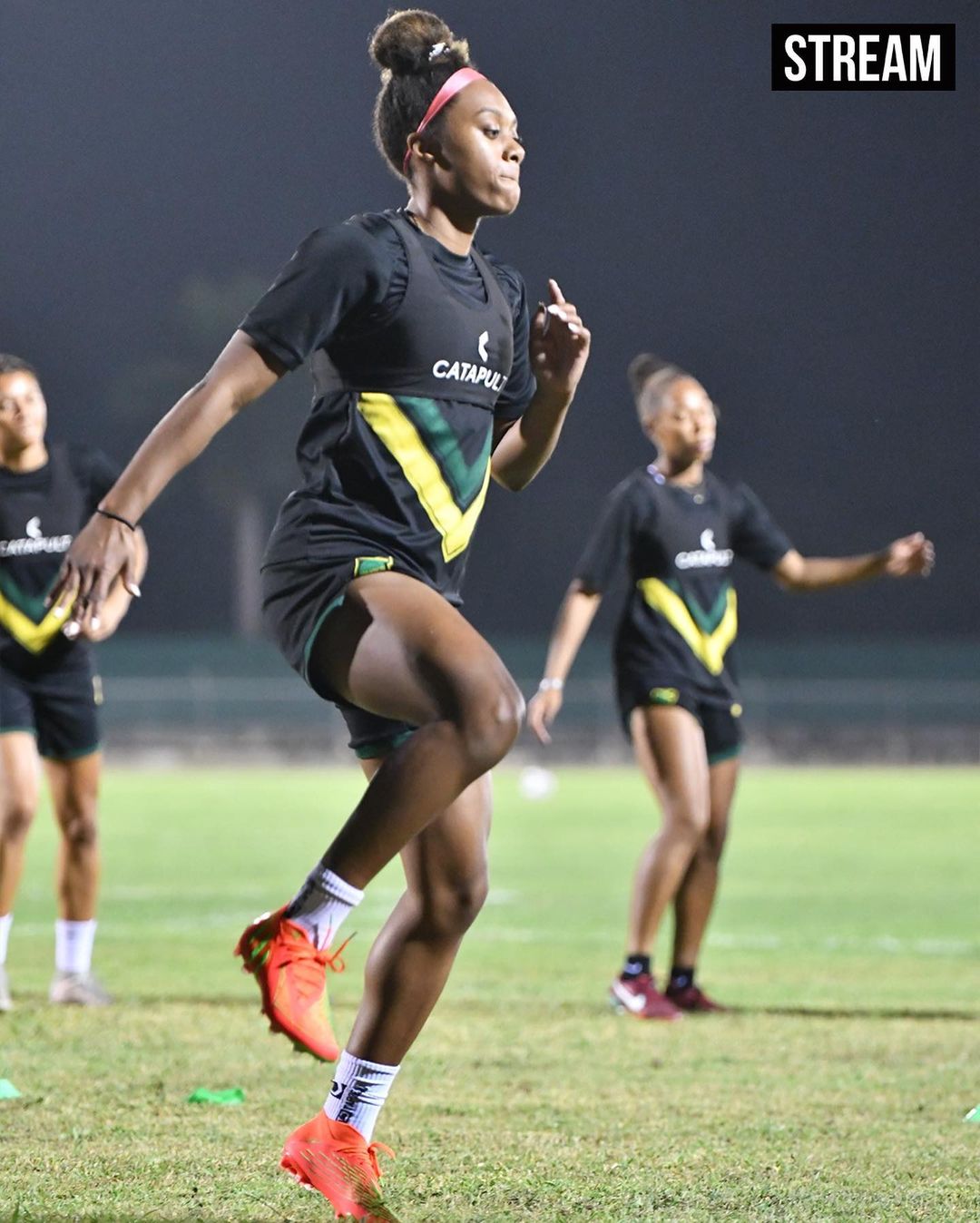 The reliable Allyson Swaby has been an absolute rock at the back for the Jamaican team and has been a key member of the national team since her debut in 2018. Whether she plays beside Konya Plummer, her younger sister Chantelle Swaby or Vyan Sampson, Allyson has been very composed with her defensive responsibilities and will be critical to Jamaica’s success in 2023. Her fitness, form and experience will be key as the Reggae Girlz could play as many as 18 games this calendar year. 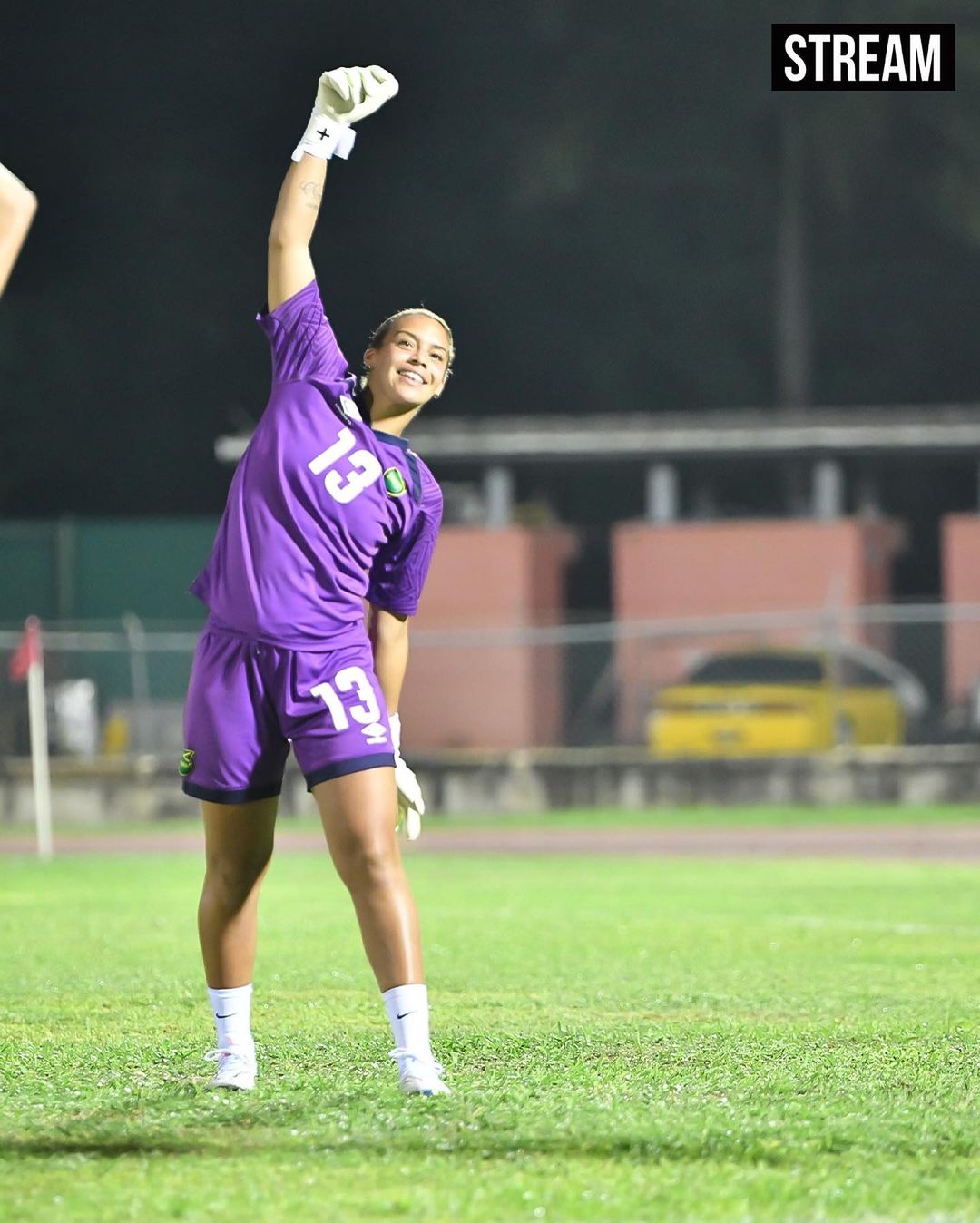 Since making her debut for the Reggae Girlz in 2021, she has grown into being a commanding presence in the Jamaican team. She looks like she has secured that number 1 spot ahead of the World Cup and her performances in the qualifiers have given a lot of hope to Jamaica ahead of a busy year. Six clean sheets in 11 games in 2022 for Jamaica is an excellent return considering the teams faced. The defense can have confidence that behind them they have a reliable custodian to protect them. Club wise it has been a challenging start to the season at her club Tottenham as they are not in top four contention but for her country, she has been doing well and has slowly but surely warmed her way into the hearts of Jamaican fans. 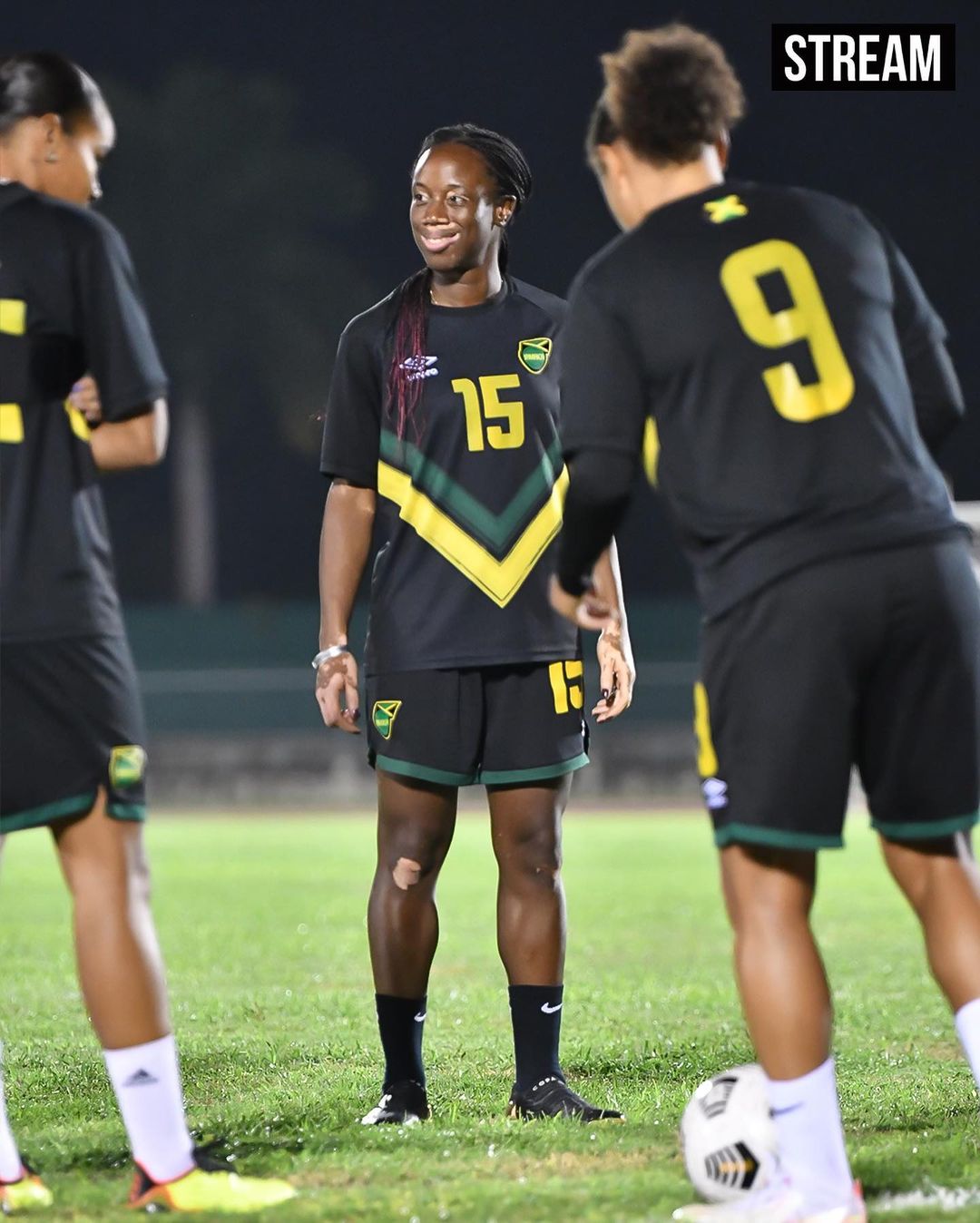 Without a shadow of a doubt, Jamaica’s most in-form Reggae Girl of 2022 and by extension the 2022/2023 season is none other than Tiffany Cameron with 11 goals and 9 assists in 12 games this season. She was also a recipient of the Hungarian Premier League Women’s Player of the Year Award for the 2021/2022 season as she tallied 17 goals and 7 assists in 23 games, tallying a minimum of a goal and/or assist every game. In 2022, she has notched 2 goals and 2 assists from her two starts for the national team, both ending in wins. This form proves she should be one of the first names on the team sheet for the Reggae Girlz, this summer in Australia.

Cameron not only plays on the right of a front three, but can also play as a number 9 or even as a right back. This was the case in our second Paraguay game in November, at right back she ensured the Paraguayans were not able to attack on their left hand side.  Her versatility will come in handy ahead of the World Cup. 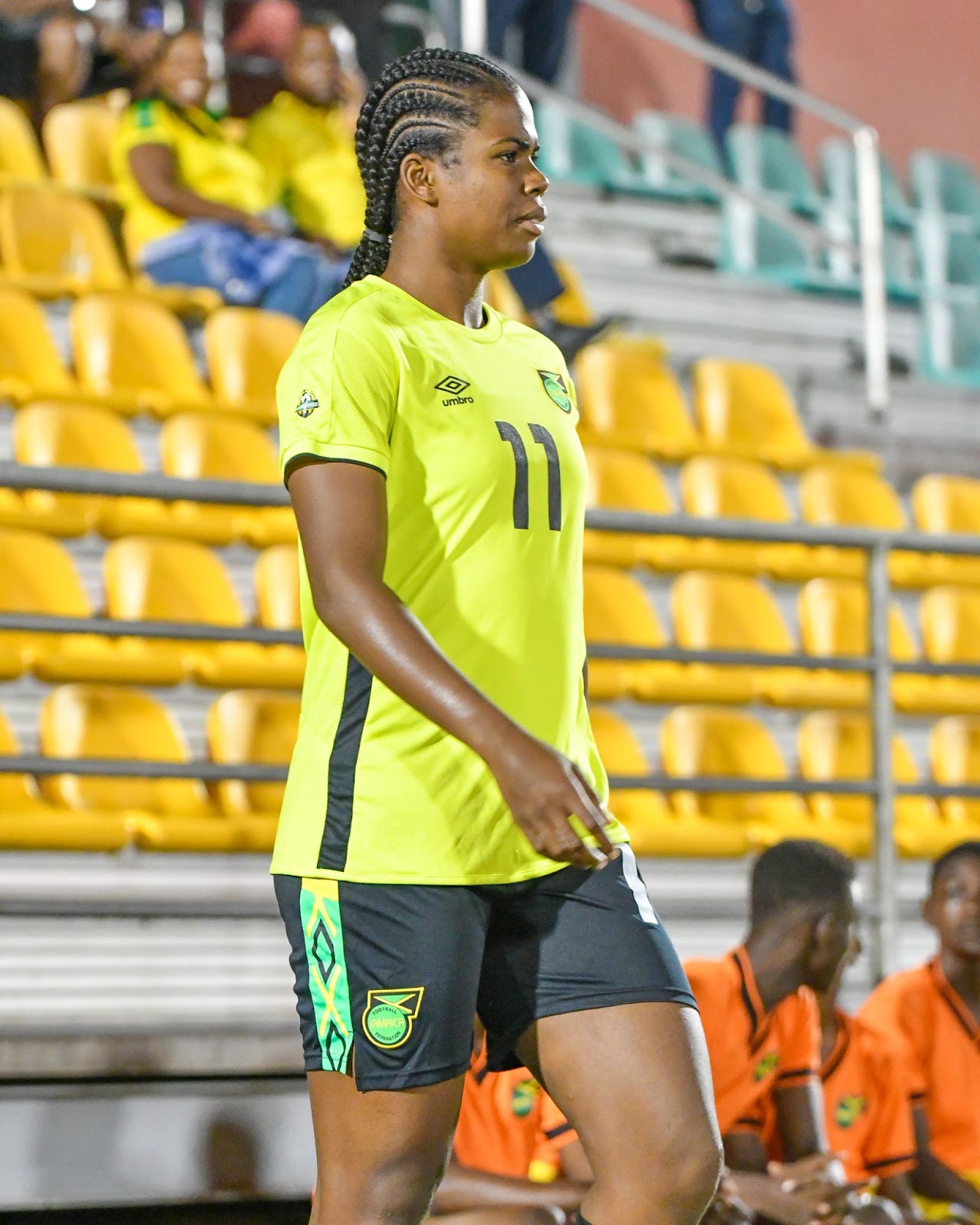 Khadija “Bunny” Shaw is not only Jamaica’s all time leading goalscorer with 55 goals but she is also the top scorer in the English Women’s Super league this season with 8 goals. Her robustness will be a handful for opponents this year and her penchant for goals will be heavily relied on. In 2022, she scored 13 goals for the Reggae Girlz with 12 of them coming in the World Cup Qualifiers. As a player who likes to lead from the front, Bunny is arguably the greatest Jamaican football player in World Cup Qualification history, having now led scoring twice for the national team in qualification for two FIFA Women’s World Cup tournaments (2019 and 2023). With 48 of her 55 international goals having come in games that Jamaica have won, she will be key if the Girlz are to make it to the next round of the World Cup and claim trophies in 2023.

What are your thoughts on this top 5?